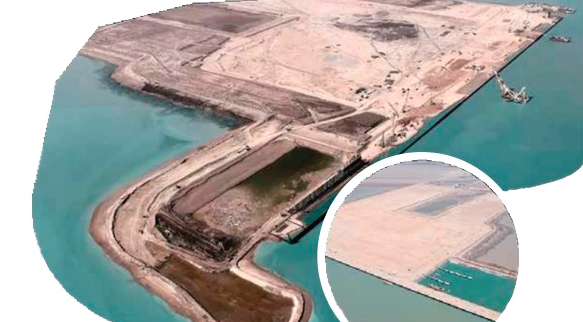 The project includes the construction of a re-gasification facility, storage tanks and marine facilities. Kuwait National Petroluem Company (KNPC) selected a consortium led by Hyundai Engineering Company (HEC) for the construction of Al-Zour LNG project and Marine Core and Charter (MCC) for the delivery of rock materials and gravel.

Once fully-operational, the facitilty is expected to produce approximately 22 million metric tonnes (MMT) of natural gas a year and will have a storage capacity of 1.8 million m3 of LNG. The liquefication capacity of the terminal will be 30 billion cubic metres a day (bcm/d).